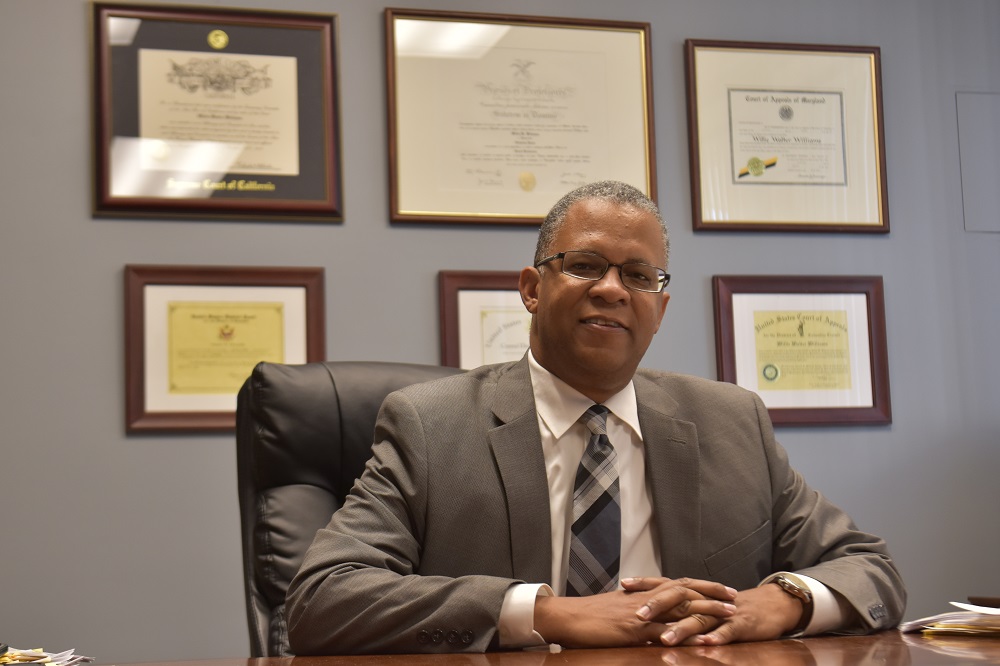 Willie W. Williams is a civil litigation attorney who focuses his practice on real estate, business and employment disputes. He has successfully litigated numerous matters for individuals and companies in state and federal courts in California, Arizona, Maryland, and the District of Columbia.

Williams began his legal career in the Baltimore office of DLA Piper, which is the largest law firm in the world with more than 3,000 attorneys around the globe. At DLA Piper, Williams represented some of the largest and most well-respected institutions in the world, including General Electric, MCI, and Johns Hopkins Hospital. While in Maryland, Williams argued a case on behalf of a local hospital before the Maryland Court of Appeals, which is the highest appellate court in the state.In 2004, Williams returned to his native California and worked for Payne & Fears, LLP, a litigation boutique based in Irvine. At Payne & Fears, Williams focused his practice on insurance coverage and employment disputes, representing such clients as Bank of America and Lennar Homes. While at Payne & Fears, Williams was a member of the appellate team that prevailed in the Arizona Supreme Court in a case of first impression on the insurability of construction defect lawsuits, which was a significant victory for the homebuilding industry.

In 2007, Williams opened the Law Offices of Willie W. Williams in Rancho Cucamonga and now focuses his practice on employment, business, and real estate disputes. He has handled a variety of cases against some of the largest institutions in the country, including Pepsi, Wells Fargo, and NBCUniversal. In addition, Williams has navigated his clients through several high-profile media cases.

In addition to his legal practice, Williams has been active in civic activities in Maryland and California. In Maryland, Williams served as President of the Board of Directors for New Pathways, Inc., a nonprofit corporation that provided transitional support to former foster kids, and President of the Dartmouth Club of Maryland. Additionally, Williams served on the Alumni Council of Dartmouth College, Trustee Advancement Committee of The Park School, and the Young Lawyers Committee of the United Way of Central Maryland. In California, Williams was a founding Board member and the second President of the Richard T. Fields Bar Association. Williams serves on the Board of the California Association of Black Lawyers and is a founding Board member of the 100 Black Men of the Inland Empire, Inc. (“100 BMIE”). Williams has served the 100 BMIE as Chief Financial Officer, Vice President, and President.

Prior to practicing law, Williams graduated from Georgetown University Law Center and received his Bachelor of Arts degree from Dartmouth College where he was the first recipient of the Leon Rothschild ’29 Scholarship and served as Editor of The Black Praxis newspaper. While in college, Williams spent semesters at the London School of Economics and U. C. San Diego.

Following graduation from Dartmouth College, Williams taught elementary school in the Compton Unified School District through the Teach For America Program. Subsequently, Williams became the Director of Research and Evaluation at the UCLA School Management Program where, among other things, he developed and produced a television show demonstrating innovative teaching techniques for educators and worked on early methods of distance learning.

Williams was raised in Pasadena, California, where he graduated from Blair High School. In high school, Williams served as Student Body President and played three sports.